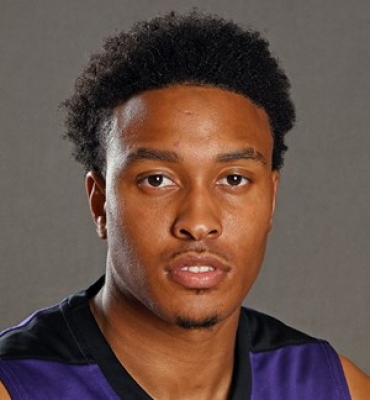 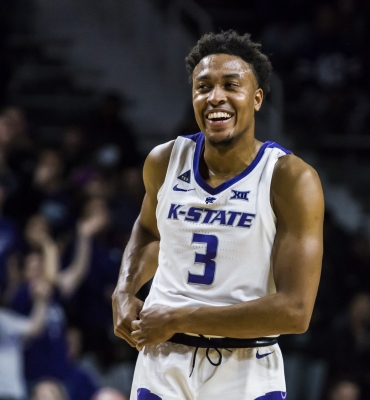 Kamau Stokes is a lightning quick PG with a special skillset...He has elite acceleration and ball handling ability...Has the ball on a string...Utilizes a variety of dribble moves which he combines with head fakes and jabs...Drives and kicks out to teammates with passes right in their shooting pocket...Operates masterfully out of the PnR...Does a great job hitting the roll man with momentum passes...Big men greatly benefit with him as their lead guard...Can easily knock  down shots when defenders play under the screen...Attacks the hedging bigs with his quickness...Can create his own shot with ease...Has excellent shooting form with a proper base, quick release, and smooth follow through...Also has super deep range as he is a threat from all over the court...Can stop on a dime and nail pull-up jumpers...A quick and smooth driver who has plenty of crafty finishes...Scoop layups, reverses, floaters, and others are all in his scoring arsenal...Does a great job of shielding off defenders by keeping them on his hip...Has a really strong feel for positioning and angles...Makes magic happen in transition...A truly dynamic player on the offensive end who can carry the scoring load for a team and also constantly keep all of his teammates involved...On the other end, he uses his elite quickness and anticipation to be a pesky defender...Hounds opposing guards and does not let them comfortable...Does a great job of jarring the ball loose and jumping passing lanes...His lateral movements and recovery ability are high level...With his special ball handling, passing, and scoring ability, along with his pesky defense, Stokes is precisely the type of PG that coaches love to have running their unit...