I'm a basketball coach connected with good networks all over the world. I have always cared about all details, I'm very organized, enthusiastic, and self-motivated. I'm in particular interested in player scouting and team/player analyzing, both in person and by video analysis. The last few years gave me the opportunity to experience different and sometimes difficult situations, both on and off the court, and I could grow thanks to my good and prompt reactions. I've always believed that hard work and humility allow everybody to reach the highest potential in every situation. Biella is the example of how I interpreted my role: in a few years we took a team, with a budget of about 1 million euro, reached the highest level of the Italian basketball, and joined the European basketball elite, by qualifying for European competitions (Eurocup) after 9 years in Serie A. I've also worked in Ukraine, at Azovmash Mariupol; this club won six of the last ten Ukrainian SuperLeague titles, five Ukrainian Cups, at that time. Recently I've worked with Virtus Bologna, one of the most important clubs in EUROPE in the past, and now actually a solid 1st division Italian team. After that I have been in Auxilium Turin, famous Italian team in the past century. I took them in 2nd division then we won the championship bringing team back to 1st division after 22 years. I have been in Rome, coaching Virtus Rome, former Euroleague Team. After that, I have been in Benedetto XIV Cento (Bologna) Italian 2nd Division team. Last experience was in Cestistica San Severo Italian 2nd Division team, reached playoff 2nd division Italian League 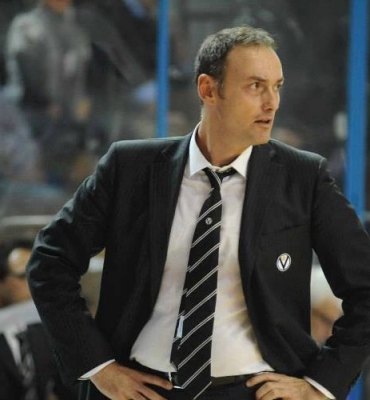