Born and raised in Michigan, USA. Moved to DK in the summer of 1993, and worked as a professional basketball player and youth coach for Horsens IC. Fluent in both Danish and English. Became Danish citizen in 2000. Nearly 25 years of head coaching experience, including an estimated 10 years of head coaching experience for the Danish basketball federation, working closely with all age groups, U16, U18, U20, and senior men. FIBA certified head coach. 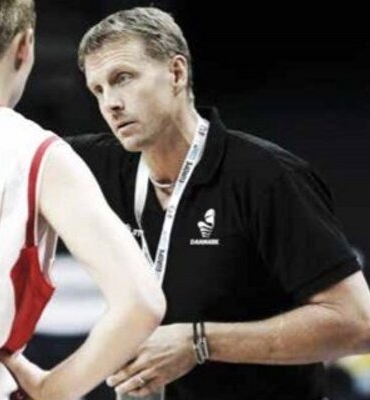